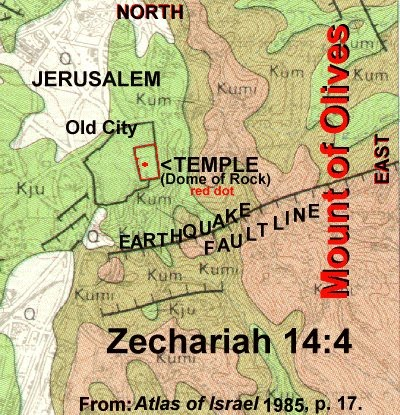 Matthew 24:30 – And then shall appear the sign of the Son of man in heaven:

3) The stars shall fall from heaven, visible motion westward (and the powers of the heavens shall be shaken). (Matthew 24:29) An important theme is present in various parts of Scripture that deal with the Apocalypse, or the unveiling, the revealing, of Jesus Christ to the whole world. The table below illustrates how the great earthquake is usually coupled with the sun and moon being darkened.

The Morning Stars Ascending and Descending Upon the Son of Man

John 1:51 – And he saith unto him, Verily, verily, I say unto you, Hereafter ye shall see heaven open, and the angels of Godascending and descending upon the Son of man.

Jesus Christ promised Nathanael that he would witness greater things than simply telling Nathanael he saw him under the fig tree. The many miracles that Jesus did during his ministry, and especially his resurrection, are a few noteworthy examples. It is clear that the heavens have never opened and the disciples never witnessed “the angels of God” ascending and descending upon the Son of Man. This must be referring to a moment in time after the resurrection of the dead has occurred, most likely when Jesus Christ comes in power and great glory with all the holy angels with him (Matthew 25:31). I emphasize the use of the word “angels” in these texts. The question remains, what exactly is Jesus talking about? These angels are “ascending and descending”. In one sense, the angels could refer to the immortal beings that existed before the creation of Adam. Jesus made the point that he could have called upon twelve legions of these angels to rescue him (Matthew 26:53). However, in another Scriptural sense, the “stars” are also apocalyptically referred to as “angels”.
Revelation 1:20 – The mystery of the seven stars which thou sawest in my right hand, and the seven golden candlesticks. The seven stars are the angels of the seven churches: and the seven candlesticks which thou sawest are the seven churches.

This is not the only case in Scripture where the stars are referring to angels. An Old Testament example clearly demonstrates the parallel.

Job 38:7 – When the morning stars sang together, and all the sons of Godshouted for joy?

In the Greek Septuagint, the word for “sons of God” is ἄγγελοί the word for “angels”. This is acknowledged in some English translations of this verse. Here, the morning stars are equated to the angels. We do not have do doubt that “angels” are equivalent to “sons of God”. Consider the following:
Luke 20:36 – for they cannot even die anymore, because they are like angels, and are sons of God, being sons of the resurrection. (NASB)
In the New Testament, Christ says the righteous are like the “angels” who cannot die anymore, and called sons of God. Comparing this to what is written in Daniel, the righteous are as the “stars” for ever and ever.
Daniel 12:3 – And they that be wise shall shine as the brightness of the firmament; and they that turn many to righteousness as the stars for ever and ever.

Therefore, after considering the parallels in Scripture between stars and angels, is it possible that the angels ascending and descending the same as the morning stars ascending and descending upon the Son of Man? Recall that God was going to darken the earth “in the clear day” (Amos 8:9). This could be referring to the heavens opening of John 1:51. In other words, all the clouds on earth are going to be removed to maximize the visibility of the sky. Due to the supernatural speed of the rotation of the earth, we will see the morning stars ascending out of the east, and descending in the west.