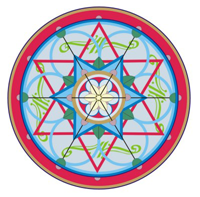 Seek and Thou Shalt Find.

Hello, my name is Isis, named after the Egyptian Goddess and I want to tell you my story in the shortest version possible, only this on forehand, everything you encounter on this website are merely my personal experiences, this may be experienced in resonance or dissonance. My truth is not the ultimate truth and my story isn’t even exclusive, we all have a path to walk and accordingly weave our own stories.

I was born sensing the total abundance of terrestrial as well as extra-terrestrial existence; in other words I was fully aware from the first breath of the Earthly Dimension as well as otherworldly dimensions. I could instantly see in full colour and could hear the trees and the flowers sing. There was an instant connection with every living being and creature and that connection still remains. After various outraging events, meaning to shut me down, I experienced several so called near death experiences, two occurred during labour and another while standing on top of ‘The Stairs.’ The last one was definitely the awfully scariest and at the same time most intriguing one, at least that is how my third-dimensional-self experienced this.

Finally I understood that a significant part of my soul had descended into my body. It definitely was the biggest part, considering the mega bright white energy-cloud of consciousness that accompanied me. At the same time I felt the knowledge and wisdom vortex entering through my crown chakra into the rest of my physical body, because our body has a wisdom of its own. Many years later the phenomenon of the ‘walk-inns’  came to my knowledge. Lovely stories but only partly resonating because the general experiences usually indicate replacing the original soul by another soul from a higher consciousness-level. In my case, it meant an addition of my very own soul, just another part of me which previously, how weird this may sound, served another mission, another life. This ‘movie’ – or sequence of events- happened several times and  I must say: it’s getting pretty crowded in my physical presence. The most freaking events occurred when I  reached my so called ‘Elder-Age,’  describing my history before as ‘The Fifty Years of Greys.’

Approximately 4 to 5 years before my fifties I started channeling a lot, many otherworldly beings as well as Light-beings came through.  One of these light beings came around more often than any other and at a certain momentum I noticed that he and his stories were pretty much consistent and respectful in a way I rarely encountered on Earth. This Cosmic/Galactic Friend appeared to be tremendously loyal and true with a great sense of humour. He helped and guided me in all ways possible. After this everything changed and I engaged in a totally different and absolutely fantastic world, a world full of cosmic light, knowledge, healing methods and so much more. A fairy tale? Not really, it usually means a reality to which most people simply can’t relate.

Who is this Guiding Cosmic Friend? His name is Michael.

This website is a glimpse into the Culture, Living, Healing, Methods and Learning of the Cosmic and Galactic World, I would like to introduce you to this fabulous World of Abundance, Unity and Interaction with more Beings than you can imagine. It will be a quest to yours and mankind’s inheritance and  please remember that the Path itself is as important as the Destination.

Seek and Thou Shalt Find.